Skip to content
Patrick Kavanagh is widely acknowledged as one of the great Irish poets. Born in County Monaghan on the 21st of October 1904 in the rural village of Inniskeen Kavanagh rose from his obscure roots to become one of Ireland’s most beloved poets. In many ways, Kavanagh was the great alchemist. Here was a poet who turned the plod, the muck, and mundane of everyday rural life into poetic gold.
But it wasn’t always plain sailing for the poet. In the area where he grew up in Kavanagh was viewed as a bit of an oddity. In the rural Inniskeen area there were only two ways to make a living and one was via labouring and the other was starting a trade, and anyone who bucked this well-established trend was viewed as a virtual outcast.
And not only did Patrick decide to buck this trend, he decided to burn the house down by becoming a poet. His father became enraged with the young Patrick when it was discovered that instead of ploughing the land like he was supposed to be doing he would wander off into the fields reading books and writing poetry.
Kavanaghs first big break through came in 1936 when Macmillian published his collection of poems titled the  Ploughman and Other Poems. In 1938 Kavanagh was catapulted to an entirely new level when he published the acclaimed book The Green Fool. But the book wasn’t without its controversy when he was successfully sued for libel by rival author Oliver Saint John Gogarty.
In spite of some of his early success’s the Monaghan man was viewed with great suspicion by Dublin’s literary elite who never entirely grew to accept him as one of their own seeing him in many ways as being a country bumpkin who had no real right to be in their midst. Kavanagh’s literary output continued when he published the Great Hunger which received rave reviews in the New York Times.
But it is for the poem on Raglan Road that he is most remembered for. At the time when Patrick was 40 years old a young beauty by the name of Hilda Moriarty challenged him to write something more than his usual country/land type topic and the lovesick Kavanagh rose to the challenge by producing the iconic poem on Raglan Road. But it wasn’t until he met Luke Kelly one night in a pub and he asked the great singer to sing the poem that it really took off. Nowadays, the song is one of Ireland’s most beloved.  The poem/song came equipped with some spine-tingly powerful lines which included,
“On Raglan Road on an Autumn Day, I saw her first and knew That her dark hair would weave a snare That I may one day rue.
I saw the danger, yet I walked Along the enchanted way And I said let grief be a falling leaf At the dawning of the day.”
As the years progressed the great Bard grew despondent at what he would have seen as being the lack of recognition that he was afforded. He turned to liquor for solace and could regularly be seen drinking whiskey and gambling in bars in Dublin. As Patrick Kavanagh went towards the end of his years his poems where subject to a spirited revival when a body of work titled Nimbus was published. Eventually, in Kavanagh’s last years, he was afforded the recognition and respect that he long and yearned and craved. He died on the 30th of November 1967.
This article was created by copywriter Seamus Hanratty who owns a copywriting service. Having a proven copywriter with superior copywriting skills is a prove way to increase website traffic. 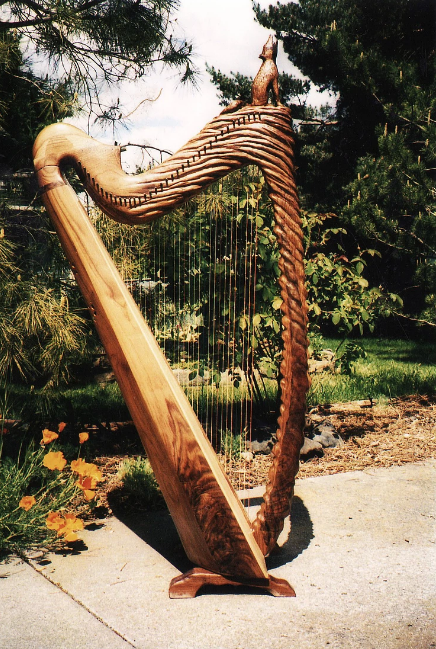 There are not many people in the world who can say that they have performed in front of the Queen of England and there are even less people who can say that when they did perform in front of the Royalty they performed whilst being totally blind. But this is the case when its comes to a Monaghan Man called Patrick Byrne.
The remarkable story of Patrick Byrne, the blind harper,Is an incredible story that seems to defy all explanation. How could a blind man from a small rural backwater in Ireland come to be so skilled at the use of Harp that he gets to perform in front of some of the wealthiest people in the world?
In 1794 Byrne was born in small corner of County Monaghan which goes by the name of Magheracloone. Details of his early years are scant but it seems widely acknowledged that Byrne lost his sight as a result of contracting small pox when he was a two year old child.  Byrne was born a native Irish speaker and so this makes it all the more remarkably that the man was catapulted into stardom amongst royalty whose primary language would have been English, which to Byrne would have been an alien tongue.
Through a combination of luck and perseverance the young Patrick managed to learn English and become friendly with some local landowners from the Monaghan area. These contacts would later become vital as he shot for the proverbial stars.
Fortunately for Byrne, around the time of his youth there was a big push on to revive the ancient Gaelic way of performing and playing a Harp. Byrne was enrolled in a Harp School in Belfast in which he eventually graduated from in 1821. The Blind Man had demonstrated considerable skill in playing the harp having been believed to have mastered over 60 tunes. His early prowess at playing the instrument was so great that the college stated that the Monaghan Man “required considerable proficiency on the instrument.”
Allowing nothing to hold him back in life, and despite being virtually penniless and broke, Byrne set his radar upon conquering the big leagues in England, and so, as soon as he graduated from college Byrne emigrated to London England. No sooner had he landed landed in England Byrne began making waves on the local music circuit where he played the Harp in houses packed with some of the wealthiest people in Britain.
His skills and ability became so well known throughout London social circles that he was eventually recognised for his proficiency with the Harp by being awarded a Silver Shakespearean Medal in recognition of his abilities. He then moved to Scotland where his precocious talent was recognised by Queen Victoria who demanded that the Irishman play in front of her. The English Queen was so impressed by Byrne that he was then brought to the attention of Prince Albert who lavished praise upon the blind Mans remarkable prowess with the harp.
The tradition of playing the instrument had gone back centuries and centuries in Ireland but its prominence in Irish society came under threat when Elizabeth I ordered her army to, “hang the harpers and burn all of their instruments.” This order by Elizabeth I makes Byrne’s breakthrough into aristocratic society all the more remarkable.
Eventually Byrne returned to his native Monaghan where he was employed as a Harper by the Shirley  Family, wealthy local landowners. One description showered praise upon his skills, “his touch was singularly delicate yet equally firm. He could make the strings whisper like the sigh of the rising wind on a summer eve, or clang with a martial fierceness that made your pulses beat quicker.”
Patrick Byrne died in 1863 and was buried In Carrickmacross in a cemetery called Bullys Acre, a pauper and famine graveyard. His Tomb is marked by a large slate slab. Upon his death he was described as being “the last of the great Irish Harpers.”
And so goes the story of Patrick Byrne, a blind man and modern day hero who refused to let the many obstacles thrown in his path stop him from achieving his goals in life. His indomitable spirit is a lesson to us all, a blind man who played the cards he was dealt with in life so skilfully that he managed to dine at the very top table in society.

This article was created by copywriter Seamus Hanratty.  Having a copywriter and copywriting services is a vital aspect to content marketing which increases website traffic.