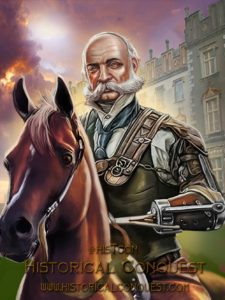 Arthur MacMurrough Kavanagh was born in 1831 in County Carlow with no arms, no legs, and only small stumps awkwardly protruding out where his limbs should have been.

When his mother held him in her arms for the first time she proudly raised him in the air and said, ‘Thank god this child was born to me and not anybody else.’ And so began one of the most remarkable and unlikely stories in Irish history.

In one sense, Kavanagh was fortunate to be born into an ancient Irish family whose lineage stretched all the way back to the Kings Of Leinster.

His mother a formidable woman, Lady Harriet, undeterred by her son’s grave physical disabilities quickly set to work to ensure that Arthur would receive all of the opportunities that life could afford him.

Arthur was placed into the care of the much-respected Doctor Francis Boxwel who was tasked with ensuring that Arthur would not be defined by his grave physical disabilities but my his indomitable determination and courage.

In order to toughen the young Arthur up, Lady Harriet would place toys out of the reach of young boy and would ignore the boy’s cry as he pleaded with her to take the toys to him. Over time Arthur learned to wiggle his way over to the toys and get them himself.

He also was forced to take exercises that eventually resulted in the stumps in his arms becoming so nimble and skillful that these stumps could almost be mistaken for fingers.

At the tender age of three, Arthur learned how to ride a Horse whilst seated in a specially commissioned saddle. He managed to direct the horses reigns by using the stumps of his arms. Over time, he also learned to how to fish, go hunting, paint pictures and write stories.

The exercises he partook in allowed him to strengthened the stumps to such an extent that he could hold a pistol and grip and thrust a sword. When he was reading Arthur would turn the pages with his teeth and would use the stump of his arms to write with the pen.

His mother also arranged for makeshift stilts for him to walk on. Arthur managed to walk short distances on these stilts and then hop and jump to whatever other location he wanted to go to. 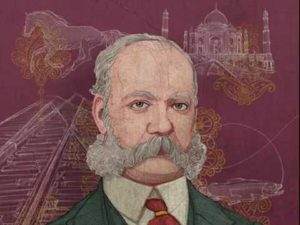 As Kavanagh slowly matured into a man he began to develop an insatiable appetite for women. He secretly embarked on many affairs with women in the Carlow region who couldn’t resist his romantic advances. When his mother discovered that her limbless son had turned into a right little lothario she immediately ejected him from the family estate.

It was around this time that a wanderlust seized Arthur and he and his brother began an epic worldwide journey which passed through Scandinavia, Asia, Iran, Pakistan and India.

Arthur relished his time on the open road and took to womanizing and drinking on a prodigious scale. When word reached Lady Harriet that Arthur had been frequenting Brothels, Kavanagh’s mother withdrew his allowance. Undeterred by this turn of events, Kavanagh got a job as a dispatch rider which allowed him to finance his nocturnal activities.

In 1851, Kavanaghs brother died and so Arthur became the sole air to his family’s estate. Putting to good use some of the economic practices he learned whilst travelling the globe, Kavanagh boosted the local economy by building a sawmill and investing in local railways.

This ensured that local farmers and peasants had a means to earn a living and feed their families. Whilst many landlords of that era were notorious for their brutal evictions Kavanagh always sought to ensure that his tenants would never go hungry. During the great famine, the Kavanaghs rather than evict their starving tenants fed and nourished them. 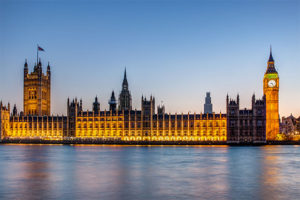 Kavanagh was a unionist who despised the class divisions that had arisen between Catholics and Protestants. His desire for change saw him become an elected MP of the British Parliament for the Wexford. When he was elected as MP a local newspaper wrote an article on him,

“On Monday, Mr. Arthur Kavanagh was elected member for Wexford county………Mr. Kavanagh is descended from an ancient Irish family….but it was his misfortune to be born without feet or hands-indeed he has but very short stumps in the place of either of his four limbs.

He has a handsome face and robust body, with what is still more to the purpose, he has a quick and powerful mind, which has enabled him in a most wonderful manner to triumph over his sad physical disadvantages. He writes beautifully with his pen in his mouth, he is a good shot, a fair draftsman, and a dashing huntsman.

He sits on horseback in a kind of saddle basket, and rides with great fearlessness. He lately wrote and published a lively and smart book called “The Cruise of the Eva.” He has married a lady of beauty, and has a large family of handsome children. He will make a sensation in the House of Commons.”

In that era were getting to Parliament would have been an arduous task which meant taking five hour journeys via train and then boarding a steamer which would have taken another five hours. Arthur sidestepped all of these issues by learning how to sail his own Yacht which he moored right beside the Houses of Parliament.

During his time in Parliament he was a staunch supporter of the Land Act which afforded Irish farmers more protections and enabled them to purchase the land which they lived on.

Arthur MacMurrough Kavanagh died of pneumonia in 1889 and thus ended one of the most extraordinary tales in Irish history.

It’s safe to say that in spite of all of the obstacles put in front of him Arthur MacMurrough Kavanagh led a remarkable life. Here was someone who was born with no arms and no legs but someone who still learned how to walk, write, paint, ride horses, sail yachts and become an elected MP.

Every conceivable physical disadvantage was put in front of Kavanagh but he still managed to transcend these disadvantages by ingenuity, creative thinking, and dogged determination. His is a tale that is a testament to the limitless human spirit that can thrive and succeed even in the direst of circumstances.