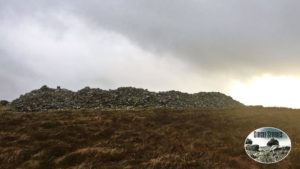 This article was written by @ (c) David Halpin from Circle Stories

Sweat lodges seem to have been used in every indigenous culture for both healing and ritual purposes involving communicating with departed ancestors and spirits.
That said, there is a distinction to be made in terms of each individual culture’s ceremonial approach to these constructions as well as the term ‘sweat lodge’ itself.
Often, the building of a place of ritual is a task which requires both the respect and knowledge of a people’s traditions and taboos.
So, comparing a sweat lodge ceremony of the many North American indigenous cultures and that of the Australian Aboriginal tribes and the various European peoples is not, nor indeed should it be, considered the same.
Ireland’s tradition in this respect is without surviving written or oral evidence yet the similar practices of indigenous cultures thousands of miles apart may be able to help us in understanding the possible rituals which may have taken place at our own sacred sites.
In this context we can also look to the San people of Southern Africa where we do have examples of oral tradition describing both sensory deprivation and isolation trances used to achieve higher-consciousness states.
I recommend David Lewis William’s book, The Mind in the Cave, for those who want to look more into this, as well as the collection of San lore traditions collected by German Philologist Wilhelm Bleek and his sister-in-law, Lucy LLoyd, and later continued by Bleek’s daughter, the anthropologist, Dorothea Bleek.
http://lloydbleekcollection.cs.uct.ac.za/
https://www.sacred-texts.com/afr/sbf/index.htm

A clochán, then, is a small beehive-like stone hut dating back to at least the Bronze Age.
The corbelled roofs of clocháns are also found on many types of Neolithic structures all across Europe. Knowth, as an Irish example, contains fantastic spiralling stonework.
Another famous site is that of the settlement on Skellig Michael. Initially believed to be hermetic cells, today archaeologists and anthropologists see a deeper ritualistic and, indeed, more ancient function behind these structures.
According to the archaeologist Lloyd Laing, “There can be little doubt that these buildings belong to a long-established Celtic tradition though there is at present no direct evidence to date the surviving examples before 700AD.”
Laing is speaking specifically about Irish clocháns here but in fact, outside of Ireland there is a long documented tradition of similarly shaped buildings.
The beehive huts of Harran date before 2000 BCE, for example.

As Laing correctly observes, the clochán does indeed belong to an ancient Celtic tradition but the Celts themselves inherited their use from older people including the Scythians, Thracians and the Kurgans, as postulated by Marija Gimbutas and Andrew Sheratt of The University of Oxford. Sheratt researched similar 5’500 year old structures in Eastern Europe which contained cannabis incenses and ‘smoking cups’ found to hold traces of charred hemp seeds.

An interesting line of thought is to think again about the so called ‘fulacht-fiadh’ in this context. A fulacht fiadh is a small horse-shoe shaped mound containing charcoal enriched soil and usually a heat-cracked stone or stones.
When it comes to clocháns, many archaeologists have noted the difficulty in carrying hot stones and water in through the tiny entrances. Perhaps if the earlier versions were built over fulacht-fiadhs using animal skin and sods this might explain the now absent covering and the fulacht fiadhs themselves? This idea was also suggested by Professor Michael J. O’Kelly (Early Ireland – An Introduction to Irish Prehistory. Cambridge University Press, Cambridge. pp. 223–227.)
There is no agreed consensus on the etymology of fulacht fiadh among Irish historians.

Looking for early evidence of sweat lodges and rituals involving steam we find a very telling description of Scythian and Thracian shaman. They are described, both men and women, as ‘Kapnobatai’ which translates as ‘smoke walkers.’
When in these altered states the Kapnobatai would divine prophecy and speak to the dead.
An interesting aside relating to witchcraft is that the Scythians were known for the conical hats, some made of gold, and which have been discovered in graves said to be those of shaman. Perhaps there is a link to the origin of the witch’s cone hat here?
Writing about a Tarin mummy from 800 BCE, Elizabeth Wayland Barber, the American professor of archaeology and linguistics observes, “Yet another female – her skeleton found beside the remains of a man – still wore a terrifically tall, conical hat just like those we depict on witches riding broomsticks at Halloween or on medieval wizards intent at their magical spells.”

The clochán on Slievegad is badly damaged at this point. The site itself also contains an ancient cairn whose stones were later used to build a Christian church inside the original structure. If it ever had an alignment it is no longer determinable but it is interesting to imagine what once took place on this mountain.
Speculating, we might imagine that before a particular constellation appeared overhead at night an ancient shaman-type figure conducted the appropriate ritual in the clochán before directing their thoughts to the spirits and stars.
Perhaps this was the natural order and the veil between the Otherworld and earthly world was one that was seen to be permeable?
Placing a monument high on a mountain top may have demonstrated both the reaching towards a higher realm as well as giving the ‘smoke walker’/ shaman-type figure, the isolation required for such journeys.
As the trance took hold, the participant’s consciousness would fall into a psychedelic state where the ancestors and spirits waited.

Might there even be a connection to the sidhe here in that the legends tell us that they retreated into the mounds and underworld?
Maybe the clocháns and cairns were the entrances to these spirit-places where the participant crossed the threshold between the physical and non-material and in a heightened state entered the Otherworld?
What we notice with the many types of sweat lodge and site is that even though the means to achieve sacred consciousness mindsets were different, the purpose behind the rituals share the same ecstatic and transcendent consequence.