Not to mention a mountain of other scandals including, phone hacking, fake news stories, political bias, and taking money from big business with vested interests and using their media platforms to push a biased narrative.

Now we are expected to believe these proven liars have suddenly transformed into fountains of truth? Sorry, we just don’t buy it. If RTE was renamed Pinocchio they would have a nose as big as the spire in the middle of O Connell street! 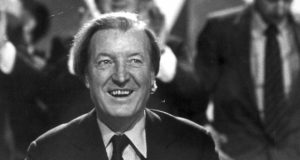 These are the same political class who told us Charlie Haughey was a statesman with the best interests of Ireland at heart. They told us to tighten our belts whilst Haughey and his ilk were filling their snouts with taxpayers money like pigs at the trough.  They told us Charlie wasn’t taking brown envelopes. You can trust Charlie.

These are the same political class who told us that unexplained money was just resting in Bertie Aherns account. That Bertie had a good day at the races. They told us that there was nothing to see there. You could trust Bertie. Bertie didn’t know anything about brown envelope’s either. 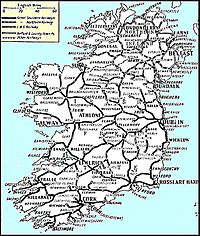 At one stage, in Ireland, there was a  rail system whose tentacles reached nearly every major town in Ireland, but then the political class came up with a brainwave: lets rip the railway to shreds. They told us that ripping up these railways( worth tens of billions today) was for the good of the country. They told us that these railways would be better off in a skip. Trust the politicians.

This is the same political class who sold away our greatest natural resource, our Irish fishing rights, for a few measly crumbs. They told us that it would cost too much money to build a fishing fleet. That they had no money for the fishing fleet, but they could miraculously pull 63billion out of their arses to give to their banker buddys.

These are the same political class who told us it was a good idea to destroy the services in local hospitals like Monaghan and dozens of other hospitals across the country.  They told us these hospitals weren’t needed. That we had too many hospital beds. We didn’t need all of these beds. Trust the politician’s.

These are the same political class who up until 1960’s supported the rights of religious organisations to take babies off single mothers and place them in “homes”. They told us it was for the good of the babies and it was for the good of the mothers.  They used some of these babies as Guinea Pigs for Vaccine experiment’s, starved the rest of them, and then dumped 800 of them down into a septic tank. You can trust the politician’s, they said.  They have everyone’s best interests at heart.

If we question proven conmen and degenerate’s that doesn’t make us conspiracy theorists, it means we know the track record of the people who purport to speak for us, we know the crimes against humanity that they are guilty of. 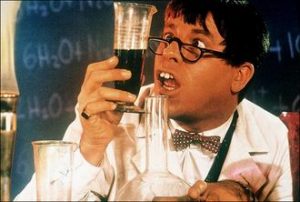 These are the same medical experts who told us the swine flu vaccine was safe. They were so convinced it was going to be safe that they wanted an indemnity so that nobody could sue them. Now some of the recipients of the vaccine are suing the government instead. 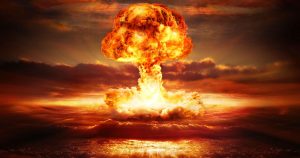 These are the same Scientists who gave every household in Ireland Iodine Tablets in case of nuclear attack. These told us that if in the event of mega tonne nuclear attack that if we popped these tablets they would miraculously save us.

These are the same medical experts(Tony Holohan) who told us that 206 women were free of Cancer when they were riddled with it. The same experts who attempted to cover it up( Holohan) to protect their own arses.  So please forgive some of us if we don’t buy into the Holohan “superman” narrative.

These are the same type of elite world class level Scientists who in 1986 told us the Challenger Space Shuttle was safe to go to the Moon and back. It exploded killing everyone on board a few minutes after its launch.

They us told (Professor Ferguson) in 2005 that 150 million people would be killed by the bird flu. In the end 282 people died.

They told us( Professor Ferguson) to stay inside during the current pandemic, but this rule didn’t apply to Mr Ferguson as he was away fornicating with some young one!

These are the same Scientists told us Zars, Zika, Ebola, etc, etc were going to wipe out masses of humans. They didn’t.

So please forgive us if some of us have the audacity to question a “science” whose predictions are so far off the mark that a drunk picking a Horse in the Grand National would give you a more accurate guess.

If questioning proven liars, shysters, conmen, and incompetents makes us conspiracy theorists well then that’s fair enough,  but what does it make someone who just blindly swallows every word these people say?