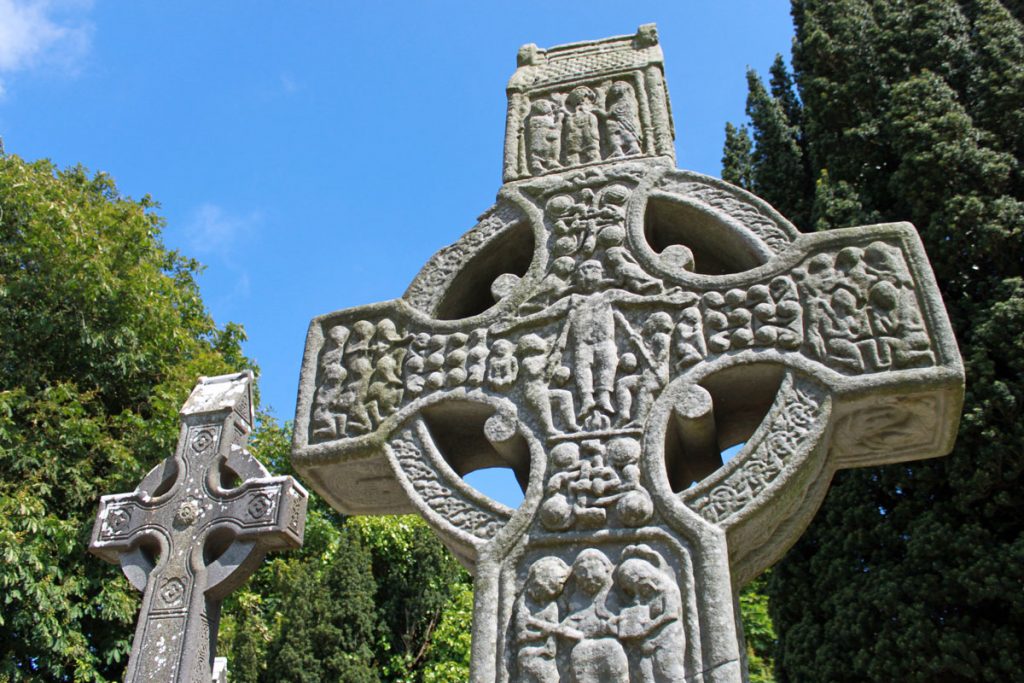 The Celtic Cross is a symbol that is indelible associated with Ireland. There is something mysterious and uplifting when you one looks at these iconic crosses. Like the Shamrock and the Harp the Celtic Cross could easily be mistaken as the national symbol of Ireland.

The power of these crosses and how they are linked with Ireland can be seen throughout the globe. If you were to walk into a Bar in New York, Sydney, Toronto or anywhere else In the world the chances of you setting eyes on a Celtic Cross would be very high. These iconic symbols have graced the sporting arenas of Basketball, Football, Rugby and many other sports.

Nowadays, these crosses are used as a fashion accessory and can be seen on the Cat Walks in Milan right up to the swankiest and most up market stores New York.

A Celtic Cross was used was in a famous scene in the smash hit film Gangs of New York were Priest Vallon (Liam Neeson) held one of the crosses aloft as he prepared to go into battle on the streets of New York.

In graveyards throughout Ireland Celtic Crosses dot the landscape. These structures are associated with modern day Christianity and also link back to our ancient pagan past.

Controversy has abounded as to who introduced these crosses into Ireland with many believing that Saint Patrick was instrumental in bringing them into Ireland, but other people argue that Saint Columba or Saint Declan were the main reason they were introduced to the shores of the Emerald Isle.

Why and how have these crosses become associated with Ireland? 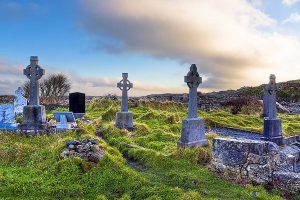 These monuments first began appearing around the 9th century and feature a cross with a ring carved into the top of it. In the majority of cases, the cross is located on atop of a pyramidal base which is used to support the monument.

Some theories suggest that the origin of these crosses may have originated from early Christian crosses whereby struts where inserted to support the top arm of the cross but many other histories disagree with this theory.

Many of the earliest examples of crosses in Ireland are carved with inscriptions of ogham, an ancient Irish language. Some of the finest examples which can be seen in Ireland are the crosses at Monasterboice, The Cross of Kells, Arboe Cross and the Clonmacnoise Cross.

My theory is that the Celtic Cross is a fusion between our Pagan past and the Christian future that was being introduced into Ireland at the time. Celtic crosses were a union between past and present.

Our pagan ancestors understood circles and the power of them, and this was an inroad Christian missionaries used to try and convert the people to this new religion that was taking over Europe. 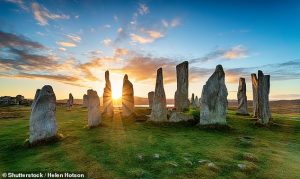 One of the earliest examples of the fusion between the past and the present can be seen at Calanais on the Isle of Lewis in Scotland. This site is not your stereotypical stone cross but actually a stone cross that is planted into the ground with a stone circle surrounding it. The Calanais site is unique in that the shape of cross is made out of a structure that looks like a stone fort.

Many people believe that the circle stands for the Roman god Invictus. And that as the Celts spread throughout Europe and eventually made their way across the edges of Europe to Ireland that this was when this circle symbol was introduced to the island of Ireland.

If one was to visit any site in Ireland associated with the megalithic period the chances are you would come across stones circles etched into boulders or larger stones.

The most well known example of this practice can be witnessed at Newgrange. These circles were associated with the life giving sun. The moon. The changing of the seasons. The circle of life. Birth death and rebirth a cotinous cirlce

Some modern day puritans of the Christian religion believe that the circle represents the halo of Jesus Christ but I feel that this is unlikely when one takes into account Irelands ancient past and the prevalence of the circles within that past.

The fact that the tip of the cross hovers over the circle may be indicative of a message that Christ reigned supreme when the pagan past and the Christian futures were fused into one. 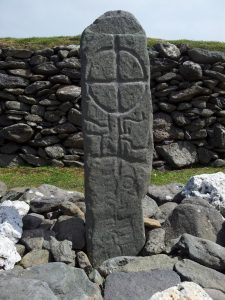 The earliest examples of Celtic Crosses in Ireland were not carved out of rock but were inscribed into stone. One example of this type of cross is the Gallerus Oratory in County Kerry. Here you can see a slab of stone standing upright with a Celtic cross carved into its surface.

Another superb example is the Killaghtee Cross in Dunkinelly which dates from around 650BC. At the top of the rock there is the carving of a Maltese Cross which is tied with a triple knot of Saint Brigid, which is said to represent the Holy Trinity.

In general, these crosses usually fall into three separate categories.

Celtic crosses are considered to be one of Ireland’s greatest contributions to medieval art in Europe. Whilst some of these structures are seen throughout Europe it is with Ireland that the connection runs deepest. 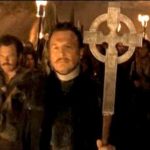 Celtic crosses are steeped in style, charisma and panache. The mystery and intrigue regarding their true origins adds a further layer of depth to their meaning and power. The fact that these ancient structures are etched with a whole host of mysterious designs enhances their power as being symbols deserving of reverence and devotion.

Their true meaning is disputed but the functions that they had in the past and present is pretty much certain: Teaching the message of Christ, being used as markers of territories, and for staging political events or gatherings.

Whilst we will never really know the true meaning of the circle in these crosses it is my belief that the most likely scenario is that the circle was used as means to help the local pagans understand the message of Christ.

The circle was used as an inroad to help the Celts or ancient Irish comprehend  this new religion that was rapidly sweeping throughout Europe.

The circle on the cross also might have helped to reassure our ancient ancestors that by embracing this new religion that they would not be completely abandoning the practices of old. This theory is backed up in how many pagan traditions such as the celebration of Halloween and the reverence of the Pagan Goddess Saint Brighid is still practised to this very day.

Overall, it is safe to say that Celtic Crosses will, as long as the world keeps turning on its axis, be forever associated, connected, and indelibly linked with the Emerald Isle.

If you need a solicitor Ireland check out this blog.